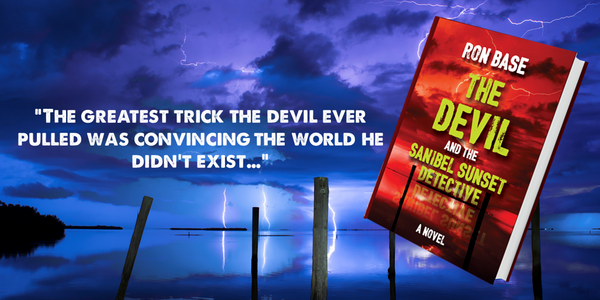 THE DAME WITH THE SANIBEL SUNSET DETECTIVE

Particularly when she's an improbable heroine like Freddie Stayner. Ordinarily, it's her husband, Tree Callister, a private detective on Sanibel Island, off the west coast of Florida, who gets into all the trouble. But Tree is in hospital, just returned from heaven--or so his pal Todd Jackson believes--and thus a worried Freddie must take over when trouble arrives. It comes to the front door in the form of Darlene, a beautiful young woman claiming she's pregnant. With Tree Callister's child. Then Darlene's two rough and tough cousins show up looking for her, and they won't take no for an answer. The widow of a Russian oligarch tied to Vladimir Putin--a widow who also happens to be Tree's first wife--wants Freddie to meet a rogue warrior named Durango Banderas in New Orleans. A Minnesota lothario tries to seduce her. A Ukrainian hitman wants to kill her. The dashing Durango says he's falling in love with her. And, on top of everything else, as she attempts to come to terms with her marriage and her life, Freddie must find the object that could change the course of American history. No big deal for The Dame with the Sanibel Sunset Detective.

Tree Callister isn't much of a private detective. His first client just turned up at the door and he’s twelve years old. What’s more, the kid has the grand total of seven dollars with which to hire Tree to find his mother. Everyone thinks he’s in way over his head. But  maybe, just maybe, Tree's going to surprise everyone—even himself. Steeped in the sun-drenched atmosphere of Sanibel and Captiva, two of Florida’s most beautiful and unusual islands, this is the first in a series of Tree Callister adventures. 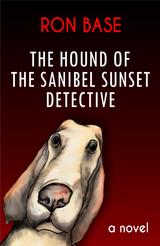 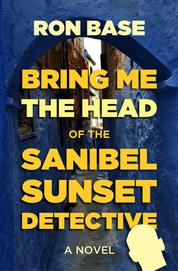 THE HOUND OF THE SANIBEL SUNSET DETECTIVE

​​​A big, floppy-eared hound dog. Answers to the name of Clinton. The FBI wants him. The Royal Canadian Mounted Police is hunting for him. All sorts of bad guys are willing to kill each other for him. What Private Detective Tree Callister can't figure out is why everyone wants Clinton.Tree is determined to protect him no matter what. Even if it means getting himself killed.

HEART OF THE SANIBEL SUNSET DETECTIVE

​Private Detective Tree Callister thinks he’s dying. He could be right. Humphrey Bogart doesn’t give him much hope. A floppy-eared hound dog named Clinton insists on talking to him. Meanwhile, a mysterious list sends Tree and his wife Freddie from Sanibel Island to Savannah, Georgia to Washington, D.C. Along the way they encounter a demented ex-football player, a crooked small-town sheriff who likes to use his Taser, and two women in love married to the same man. A plane explodes. A dead body shows up. All hell breaks loose. And Tree discovers it’s hard to worry about dying when all sorts of people are trying to kill you. 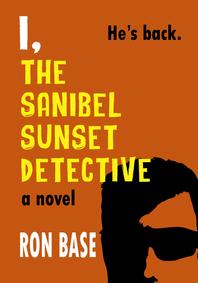 BRING ME THE HEAD OF THE SANIBEL SUNSET DETECTIVE

his Head Will Roll.

Somebody on Sanibel Island wants Tree Callister’s head. It could be one of the two hoodlums threatening his life.Maybe it’s his ex-wife, America’s first female Russian oligarch.

One thing is certain. Tree had better find the missing fiancée of a homicidal gangster’s daughter and find her fast. He’s having these weird dreams in which a guy in a fedora named Tony Rome keeps showing up. And somehow he ends up in Morocco on a camel named Horace.

Hang on. This could be Tree Callister’s wildest adventure yet. If he can keep his head.

I, THE SANIBEL SUNSET DETECTIVE

TOP FIVE WAYS
A DETECTIVE GETS HIMSELF KILLED
ON SANIBEL ISLAND…

1.     Drive a Mercedes off a bridge.
2.     Incur the wrath of a couple of shady Hollywood producers

who think you once wrote the worst script ever written.
3.     Find a dead body on a golf course.
4.     Encourage very bad people to chase you through a hurricane.
5.     If all else fails, fly to Los Angeles where they really know how to kill you.

It’s Tree Callister’s tenth adventure, and he’s in more trouble than ever!

THE DEVIL AND THE SANIBEL SUNSET DETECTIVE

Two boys are caught in the midst of a raging nighttime storm on a Sanibel Island beach. Then lightning strikes and for those boys nothing will ever be the same.

One of the youths is Tree Callister who grows up to be an unlikely private detective on Sanibel Island. The other boy, Tree’s half-brother, Samuel Callister, known to everyone as Scratch, grows up and becomes—well, what did happen to Scratch, anyway?

There is a secretive organization known as BlackHeart, two wealthy brothers who married the same alluring woman, a mysterious figure dressed in black known as the Watcher. And let’s not forget Gladys, the new receptionist at the Sanibel Sunset Detective Agency who knows how to use the gun in her purse.

From the beaches of Sanibel and Captiva Island, to a Florida gun show, to a historic Ferris wheel in Vienna, Austria, the twelfth novel in the Sanibel Sunset Detective series will keep readers turning pages and wondering how the devil Tree Callister will ever beat the devil! 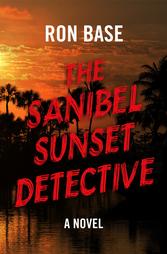 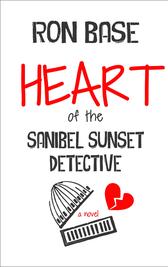 Joshua and Madison are pretty smart kids. Except they have no idea what their father does for a living. They suspect the worst. That’s where Private Detective Tree Callister comes in. Josh and Madi want him to find out what their father does, and why he keeps disappearing. It's looking as bad as it ever has for Tree Callister in his latest—and most deadly—adventure. And it’s only going to get worse.

​Private detective Tree Callister is in big trouble. For starters, a towering, baseball bat-wielding woman appears to be intent on killing him. Then the beautiful wife of a disgraced media mogul hires Tree because she believes her husband is trying to murder her. In fact, she may be trying to murder him. Added to that, Tree’s son Chris unexpectedly appears, accompanied by his alluring wife, chased by a couple of thugs who want half a million dollars. Then there are the dead bodies that keep showing up every time Tree turns around. Ron Base’s mystery thriller is set against the gorgeous backdrop of Florida’s Sanibel and Captiva Islands.

THE FOUR WIVES OF THE SANIBEL SUNSET DETECTIVE

How does one detective end up married four times? A good question, Tree Callister wishes he had the answer. Three of his ex-wives have arrived on Sanibel Island, off the west coast of Florida, much to the chagrin of Freddie, his fourth wife. What’s more, all his ex-wives are in trouble. Before Tree knows it, he is up to his neck in complications, including a jailed ex-wife, his best friend under arrest, a Russian oligarch who doesn’t like him, cops out to get him…A murder or two.And, oh yes, Marilyn Monroe shows up unexpectedly.

A mysterious woman tries to seduce Tree in Paris and Key West—and she may be trying to kill him on Sanibel Island. A former director of the Pakistani Secret Service, Miram Shah, wants Tree to find his missing fiancée. Accused Serbian war criminal Javor Zoran spent a week in Key West with the woman he loves. Now she has disappeared. He insists Tree find her. Both men, Tree discovers, are looking for the same woman. ,From Key West to Useppa Island to Sanibel, Tree keeps stumbling across corpses. The cops don’t like this one bit. His marriage is in jeopardy, his son is in trouble, his life is being threatened, and time is running out for Tree Callister in his most dangerous and action- packed adventure yet. 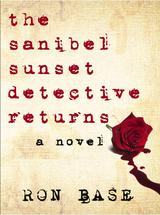 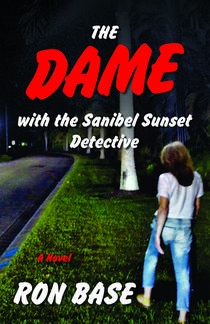 ​Tree Callister and his wife Freddie are in London to attend the wedding of Freddie’s nephew. It promises to be a relaxing time, visiting family, seeing London’s historic sites. So then how does Tree end up following a mysterious young woman? Why are tattooed thugs banging him across the head and throwing him into the back of a van? In a city where no one has a gun, why is everyone pointing a gun at Tree?
From Portobello Road to the royal digs at Kensington Palace, from lively Piccadilly Circus to an ancient castle deep in the English countryside, Sanibel Island’s most famous detective encounters brutal English gangsters, questionable Scotland Yard investigators, blackmail, and murder.