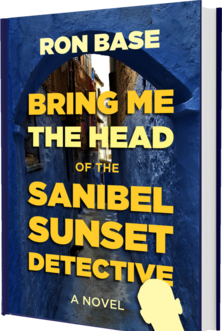 At 17:30 hours, during the time when a video recording might have gone a long way toward confirming what actually happened, the lights and camera went out inside Rebecca ‘Becky’ McPhee’s spheroidal dome helmet.

This happened approximately one hour after she exited the International Space Station’s Quest Airlock. She was wearing a hybrid space suit consisting of both hard-shell parts and fabric. Her mission was to replace the aging nickel-hydrogen batteries for one of the two power channels on the far starboard truss of the space station with the new lithium-ion batteries that had recently arrived on board a Japanese cargo spacecraft.

A Navy SEAL in her previous professional life who had served in both Iraq and Afghanistan, this was Astronaut McPhee’s first extravehicular activity (EVA). Until now, she’d had mixed feelings about her experience aboard the ISS. Like most rookie astronauts, she delighted in the feeling of weightlessness that was the hallmark of life in the space station. Sleeping peacefully on the ceiling? Nothing like it on earth, that was for sure. Passing the ketchup? You simply floated it across the table.

But if discovering the possibilities of weightlessness was the fun part for a rookie, space sickness, as it was called, was no fun at all. For Becky, that meant reoccurring bouts of gut-wrenching nausea as her body fought to adjust to an alien environment it didn’t like.

The size of a football field, the ISS was now over twenty years old and showing its age: a leak here, a backed-up toilet there, and don’t forget the necessity to maneuver the spacecraft around every so often in order to dodge a meteor or a stray piece of space debris.

Now the problem was the loss of her camera and lights. But that’s what it was all about, wasn’t it—adapting to the unforeseen, fixing what could be quickly fixed and then getting on with it?

She checked with her counterpart, a handsome, good-natured Russian cosmonaut named Yuri Revin whom she liked a lot. Together they agreed Becky should proceed with the mission. If she finished installation of the new batteries ahead of schedule, then the plan still called for her to fill the allotted mission time with what was called a getahead task. In this instance, the designated getahead was cleaning and replacing glare filters on the NASA TV cameras which were supposed to have also been available to film her spacewalk.

As it turned out, Becky never got to perform that task and the glare filters malfunctioned, obscuring the events that soon unfolded.

All astronauts report that they are unprepared for the exhilarating, life-changing experience that is their first spacewalk, the kind of euphoria it induces, the dazzling feeling that comes from floating in space two-hundred-and-fifty miles above the earth. Up here, the third rock from the sun is borderless, shifting landmasses beneath white clouds, greener than green, the oceans bluer than blue.

No matter how much she had heard about it, no matter how many times others had described it, this experience was uniquely hers, breath-taking, moments she would treasure for the rest of her life. She thought of what she had gone through with the SEALs, the heart-pounding tension, the sense, no matter how hard she tried to ignore it, that at any moment she could be dead. The fact that she came out alive and more or less intact, constantly amazed her. Applying for the astronaut program had been a way of finally shaking off the specter of death. Now, floating so far above the earth, she felt restored, the past washed away. She had been made invincible, immortal, reaching for the heavens.

Becky was paused, overwhelmed by the deep emotions she was feeling, when she heard it. An indistinct murmur at first. Briefly, she thought her radio had been reactivated. But then she realized it wasn’t her radio.

The murmur grew louder—a voice. Surrounding her. That was impossible, she told herself. She was floating in space for God’s sake, a kid from Fort Myers, Florida on her first spacewalk, yes, but also a battle-hardened professional with all her wits about her and certainly not someone who heard voices.

But that’s exactly what she was hearing…a voice.

The Voice grew louder and clearer, and dammit, she was hearing it, speaking directly to her. The Voice was somehow genderless, simply…a voice.  Nothing like the sort of deep, basso profundo she heard in those 1950s Biblical movies that her father loved to inflict on her. But a—well, there was only one way to describe it—a reasonable voice.

Which made the words spoken all the more chilling, a conversational tone about… Oh, God, she thought.

The authoritative Voice of doom announcing the end of the world.​