​A mysterious young confidence man named Billy Dice arrives in Venice, California in 1928, claiming he can turn stones to bees.  Billy also comes carrying a curse. He says he will die unless he can find true love—and find it soon. Is he a con man or is he telling the truth? With Billy, it's hard to tell. Like Elwood P. Dowd and Harvey, Billy, with his old-fashioned charm and ease, invites the reader to embrace just a little bit of magic. Desperate for rent money, Billy agrees to become the chauffeur-bodyguard for a spoiled young actor named Frank (Gary) Cooper whose womanizing ways always seem to land him in trouble. Entering the glamorous world of early Hollywood, Billy falls for a gorgeous, spunky, world-traveler named Nell Devereaux who also happens to be the lover of a powerful Cuban dictator. Finally, he has found the love that will save him. Or has he? 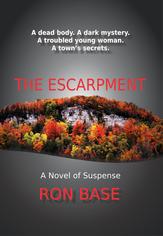 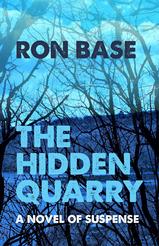 An exotic island off the coast of Spain. A beautiful young woman blackmailed into betraying the father she hates. A multi-millionaire and his glamorous wife on the run. A couple of quarreling CIA agents. A cunning Mossad spy. A duplicitous Russian oligarch. An Iranian official who is not what he seems. Ron Base’s novella, The White Island is a thriller, a love story, a tale of espionage and revenge that marks the debut of a series of Dark Edge novellas and novels. As the title suggests, these tales are edgier and sexier but full of the same page-turning excitement and suspense readers expect from Base’s Sanibel Sunset Detective novels. So welcome to The White Island, located at the Dark Edge. 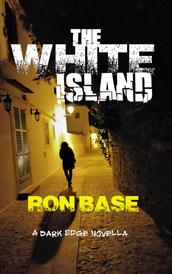 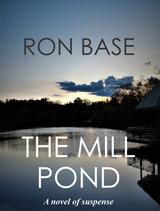 The world is full of dead bodies. Disgraced former Royal Canadian Mounted Police Corporal Jean Whitlock has returned to her hometown of Milton, Ontario, to try to put her life back together. It’s not working out very well. There is a body in the Mill Pond that Jean knows far too much about. The obsessed Mountie sergeant who tried to rape her in Afghanistan and then left her for dead, has shown up in Milton, once again threatening her life. Before she knows it, Jean is entangled in a dark web of blackmail, murder, local corruption, and a far-reaching criminal conspiracy. She must learn all over again that the peaceful small town where she grew up isn’t so peaceful anymore. The Mill Pond is Ron Base’s riveting follow-up to The Escarpment, the first Milton Mystery. 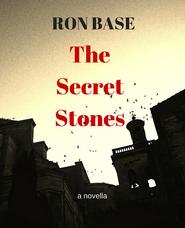 A medieval town of ancient stones nestled in the South of France, holding onto its secrets for thousands of years.Oliver knows the secrets of these stones only too well. He has a few secrets of his own. Oliver rents apartments in the town of Uzès to visiting tourists. He should not be snooping into other people’s lives, but he can’t resist. His friend, an elderly British artist named Christopher, warns him that one of these days he’s going to get himself into trouble. Oliver isn’t paying attention. He’s preoccupied with the latest arrivals, a couple who has taken an apartment overlooking Place aux Herbes. There’s something mysterious about them that has Oliver intrigued, especially the wife, a beauty named Amanda Mallory. They are up to something, but what? Before he knows it, Oliver is in more hot water than he ever imagined, thanks to a sensual, irresistible woman who, if he isn’t careful, might just get him killed. The Secret Stones is Ron Base’s latest addition to a series of Dark Edge novellas published by West-End Books. As the title suggests, these stories are a little darker, a little edgier, filled with page-turning excitement and suspense. Welcome to the dark edge; get ready for a walk on the wild side.ype your paragraph here.

A young woman’s body is discovered at the bottom of the escarpment. Did she jump? Or was she pushed? Former Royal Canadian Mounted Police Corporal Jean Whitlock has returned in disgrace to Milton, Ontario, the town west of Toronto where she grew up. She has come back to care for her dying mother and help her withdrawn brother, Bryce, run the family funeral business. At the same time, Jean can’t help but be drawn into the mystery surrounding the woman’s death. Her future uncertain, her life suddenly in danger, Jean must overcome powerful forces arrayed against her in order to uncover the town’s secrets as well as the truth of her own family’s dark past.
The Escarpment is a page-turning thriller from Ron Base, author of the Sanibel Sunset Detective mystery novels. It is the first in a series of Milton Mysteries featuring Jean Whitlock.

Orphaned and penniless in the Paris of 1899, fourteen-year-old Ned Arnheim is taken in by a mysterious, enigmatic international confidence woman named Mrs. Nevermore, who may or may not be a sorcière – a witch. Ned is blessed – or cursed – with a curious power called the Strange. If he concentrates hard enough, he can levitate and move objects around. This “power of the Strange” allows him to see into the Other World where lurk strange creatures known as gargoyles, and where there is a talking falcon named Peregrine. When Mrs. Nevermore finds Ned’s sketches of the Eiffel Tower, they provide the inspiration for an audacious confidence scheme that will make them rich – sell the Eiffel Tower! Ned decides he has to stop her and that sets off a series of adventures filled with magic and mystery, chases through rat-infested sewers, attacks by winged creatures out of a boy’s worst nightmares, all set against the glamorous, dangerous backdrop that is the world’s most enchanting city on the verge of a new century.

Two nude bodies are found floating in an abandoned quarry outside the town of Georgetown and a quiet provincial region will never be the same.

Former RCMP corporal Jean Whitlock, uneasily trying to put her life back together in her hometown of Milton, must come to the rescue of her abused cousin.

A famous member of Canada’s parliament suffers a heart attack in Toronto and a young Kenyan sex trade worker sees a chance not only to be free, but also an opportunity to get revenge for years of victimization.

These are the threads of the plot author Ron Base weaves together in his exciting new thriller, The Hidden Quarry.

In trying to save her cousin from an abusive estranged husband, Jean is drawn into the dark, secretive world of international human trafficking. She goes undercover to discover that not only are the most unlikely people involved in the business of selling young women for sex, but they are willing to kill to keep her quiet.

The Hidden Quarry is the fourth installment in the popular series of Jean Whitlock suspense thrillers that began with The Escarpment and continued with The Mill Pond and Main Street, Milton.

THE HANGING MAN
Milton’s mayor is found dangling from a lamppost on Main Street.

THE DEVELOPER
Desperate, he will stop at nothing to push through his controversial townhouse project.

THE ACTING MAYOR
The town’s first Sikh mayor discovers rooting out the corruption left behind by his predecessor is not easy.

THE ONTARIO PREMIER
Known as the Red Queen, her many secrets are in danger of being exposed.

THE CRIME LORD
He’s dying of cancer, but willing to kill anyone who gets in his way—including  Jean Whitlock.